How To Give Your Home Way More Of A Positive Feel

In life, we need to have a certain kind of outlook on life. There’s no real binary way of doing things, of course, because so many aspects are subjective, but there tend to be right and wrong ways from time to time. Being good to others and trying to see the best in them is obviously important, and a real can-do attitude is something that will get you far. Being offensive and writing off things before they happen won’t exactly get you what you want. Those examples were used just now to imply that a more positive life far and away exceeds a negative one. Pessimism and dourness might be attractive qualities for some, but positivity wins every single time – and you know it.

Positivity should probably surround your entire life if you’re to enjoy it to the fullest. The sadder times can be made a lot better by simply viewing it in a sunnier light. It’s not a delusion, and it’s not weird, it’s something that everyone should practice!

Now, in terms of actually surrounding yourself in positivity, there aren’t many better ways of doing it than by fixing up your home. You spend pretty much all of your free time in this place, and the things you surround yourself with tend to make their way into your brain. If you have a pretty negative home space, then your mind will reflect it all. It might sound a little kooky, but it’s absolutely true. Think about your mentality. Now think about what your home looks like and feels like. Are they reflective of each other? They probably are, buddy!

Give It A Clean Regularly

Nobody likes being in and around a messy environment. Well, there probably are some people than need to live a certain way, but the majority of us like things spick and span! If you’re around a fresh area with very little clutter, then you’re going to be in a better mood. You won’t see something in the corner of your eye and think ‘urgh, I need to sort that out’ when there’s a clear space. A clearer home often results in a clearer mind, and that’s what you’ll need in order to harbour lots of positivity.

Now, you might already have two (or three!) restrooms in your house, and if you do, then you won’t have to worry about this point because you’re already basking in luxury! If you have only one, then you’ll probably want to get a second installed – unless you live on your own. The comfort of having two of these is nice to possess. Living in a home with only one can be very frustrating for a multitude of reasons – we’ll let you figure out what those reasons are!

The color scheme can do a lot for a home in terms of the way people view it and feel inside it. If the colors are pretty boring, then they can make people feel a little unenthused, somehow. It’s strange, but it’s true – we tend to react to the stimuli around us. If the colors are colder, then we’ll probably feel a little colder or more negative. If you have warmer colours in your house, then you’re going to feel a lot better about things. Science!

The way things are right now may not be what you want, and it might make you feel a little uneasy about the entire home. Simply moving things around could change all of that. You don’t have to be a Feng-Shui connoisseur in order to appreciate a neat living room or bedroom set up. If you move things around and it looks a lot nicer in your head, then you’re going to be a lot sprightlier.

Going through these kinds of renovations might seem like something of a burden to your time, effort, and money. If they make you feel better, however, then you’re going to be in a better position going forward. You may have a pretty rundown attic, basement or spare room right now – wouldn’t it be nice if you could turn that into something prettier and more productive? It might be a big commitment, but it would make the place a lot better, and you’ll feel a lot sunnier for it.

Do Something About The Atmosphere

The air and the ambience do a lot for the overall feeling. If you can make the atmosphere of your home better, then you’re going to be more content when you’re there. Air fresheners do a great job of keeping any stench away. Air purifiers work wonders in terms of removing potential contaminants. You could even get an ozone machine that blasts ozone around the place, removing contaminants from pretty much every aspect of a room.

Go To Work On The Garden

Constantly having to go to work on your home is something that comes with the territory. You’ll have jobs left, right, and center. What you’ll want to do is lower the amount of work you actually have to do. If you buy products and other items that literally last longer and don’t break down, then you’re going to be in a better headspace. For instance, you might want to invest in some wood flooring instead of carpet as that’s a lot easier to work with should you ever run into trouble. 5 Steps to an Organized Desk 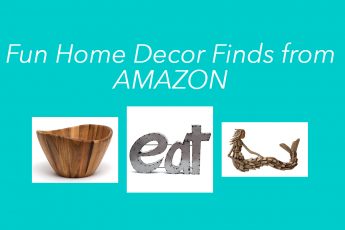